Why can't you succeed in your career easily?

In the last 20 years, I have met many successful and not-so-successful individuals while trying to solve the mystery of career success. When i asked them if they have succeeded in their career, they will often say that 'it is just a start', or 'they have to achieve a lot', or 'the next goal is this'. If you asked Sachin Tendulkar, when he was active in career, if he has succeeded, he used to often say ' Success in cricket lasts only for one match'. 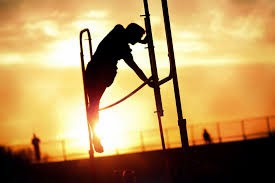 Success and achievement are different facets; we assume they are one. Many graduates come to me and want just a good job to succeed in their career. But, no sooner they get their desired job, their milestone changes. Now, they want to work in 'xyz' field. Once that has been achieved, the milestone changes again. It could be even 'promotion' or becoming 'VP'.

For some professionals, marriage and children is a popular target to achieve after they have exhausted the possibilities of reaching other work-targets. But , although relationship results are important in life, they are secondary to work-targets. Feeling successful in life is possible only after achieving work-results. But feeling successful by achieving relationship-results is not possible. So these people move rudderless and wait for someone to 'lead' them till the end of their life.

Success 'emerges' only when Mind is adequately trained

Only when self-awareness catches up with the level of achievement, this chase stops. But until that happens, not knowing what he wants, he is chasing mirage. I have seen many successful individuals stuck in their career due to their too early achievement. I remember Sabeer Bhatia, the founder of Hotmail, as one of the popular example, who achieved unexpected result at the age of 27 and was wondering what to do for a long long time. Isn't that pardoxical?

Instead of using self awareness to pick a achievement-milestone, when professionals chose achievement milestone, they pick popular targets, such as more money. They have achieved enough money to take care of their needs, but they keep on chasing 'money', because others are chasing it too. Instead of using money to achieve their ends, money uses them. Tail wags the dog.

But because we are unique individuals, not all can do this easily. Not without some help. For those who start too late, like Phatak in this example, career success remains an illusion, because they can never decide 'what achievement will help them succeed in their their career'. They remain confused and rudderless,despite their apparent money, reputation and other achievements. That is why Success is about sustaining achievements, and that too achievements defined by Your Self, not by someone else.

Are you ready to succeed in your career?

Posted by Sanjiv Bhamre at 5:33 AM