Problems, not opportunities, determine our progress on work-path 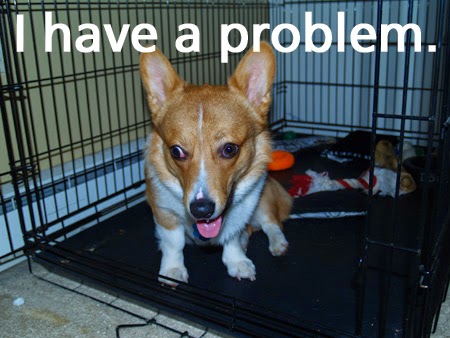 Work-life Problems are of two types

Simple problems can be corrected on the fly.They can be solved by the philosophy of "You learn to swim when you jump in the river". They require minor behavioural adjustment ( like listening before talking) or some deeper thinking adjustment ( for instance, how to write a resume that highlights your experience). For a cricketer, the problems of adjusting with a 'swing bowler' or a 'spinning track' can be the minor adjustments. These problems can be tackled using Corrective approach: Correct the problem when they appear. Do not think about them in advance.

Deeper problems ( some researchers call them messy problems) require deeper adjustment and therefore require longer time of preparation to resolve them. When a batsman, for instance, keeps on getting out to the swing bowling, he requires a major adjustment in his stance, grip, place of guard, or other areas. He needs 'time' to readjust to a new 'method'. Deeper problems can be tackled only by using Preventive approach: Anticipate the problem, prepare for it and tackle it. Why prepare for deeper problems?

Because, in sports and life, time is of essence. If, for instance, the batsman is unable to readjust well to counter the swing bowlers, he fails to score. When he fails 2/3 times, he is dropped from the team. When Vinod Kambli. ( the cricketer who played with Sachin Tendulkar in the same school and was supposed to be as talented as Sachin) failed, he was dropped. He could not ''readjust' in the available time-window. By the time he got ready, someone had taken his place in the team. He could not find the opportunity to come back in the team. Therefore, if deeper problems have to be tackled in time, they must be anticipated.

Corporate professionals are not even aware of their deeper problems


Unable to distinguish between simple and deeper problems, many corporate professionals make a big mistake. They assume that all the problems are 'simple problems' which need corrective approach.


For instance, only when they face difficulties in getting support from their colleagues in other departments, they start attending the seminars of 'team building'. Only when they do not get the desired promotion, they start looking for the causes in their current job situation. Only when they are unhappy about their job, they start the search of 'job satisfaction' at the age of 45.

When they have longer 'time-window' to respond to these deeper problems in their work-life, they are lucky. They can still progress on their work-path. But, if they are unlucky, they may have to change their work-path: change employers, industries, locations. In extreme cases, the problem is even deeper. They are not aware of what they 'problem' they have. In such times, they go to psychologists to cure their depression, go to Himalayas to find their balance, or embrace Spiritual gurus to deal with their internal chattering voice. When they fail to respond appropriately to the problem, they keep on losing precious time of their career. In our life, only time cannot be recovered.

Six tips ( plus one) to anticipate deeper problem

b. People problem ( especially chronic problem) also indicates presence of a deeper problem. The problem could be with relationships upwards, downwards, or in lateral position. For instance, the problem could be managing a difficult boss, or managing the reporting team. Both problems, if not tackled well, can drain so much energy that the progress in career-path is hampered.

c. Do not get influenced by others in naming a simple problem: A 'simple' problem for one person can be 'deeper' problem for another person. One commonly found example of such problem is that of readjusting to the role of a manager when a person is promoted from the doer role. Typically, when a doer ( such as salesman, programmer, or an engineer) is promoted as a manager, he thinks he can adjust easily, because his friend has. Some make this 'role-shift' easily; because it is a simple problem for them. For some professionals like Madhukar, adjusting to the new role of manager is a deeper problem. They take years to 'readjust' to the new role of manager , because they have to make many changes.

d. Check out your beliefs that mask a deeper problem. Beliefs govern lot of actions. Therefore wrong beliefs promote many incorrect actions. For instance, the belief that 'Find your strengths and exploit it' is double edged. Your strengths can also create problems when the situation changes. For instance, even self awareness can become a liability in many situations.

f. Do not misuse plug-and-play solutions to handle a problem. If you open a self-help book, you will find countless problems and corresponding strategies like 'Learn communication', 'Build network' or 'Use ten steps to become a leader'. But they may not be useful for you or your situation, because plug and play solutions of self help books are not generally helpful in most of the cases.

If you do not want to go through these six tips of tackling a deeper problem, find a good coach for yourself. All successful sportsman do it.

In the next blog, we shall understand why opportunities are difficult to exploit in career.
Posted by Sanjiv Bhamre at 2:05 AM