I met Rajneesh six months back. This is his story.


Rajneesh has been working in one of the top 3 IT companies in Bangalore after he finished his Engineering 3 years back. He is a BITS graduate with a degree in computer science. He is technically very sound. He was doing well in terms of job growth, and money, he said. Because his parents were from Bangalore, he had less pressure of  earning money for buying a house. He met me six months back to decide on the job change. He had already decided to change. According to him, he had at least 3 options: Should he change to another IT company? Or should he move back to his core mechanical engineering? or should he do MBA?


Many professionals assume that if they do something very well, they will automatically achieve in their work. For instance, Rajneesh believed that because he can write beautiful programs and that too in half the time of other team members, he will always achieve big results as a professional. So when he met me, he told me proudly that " I am way ahead of other team members. I have no problem in job".

Or, if someone can solve difficult income tax cases, say in a field of tax, she believes that she is bound to achieve good results in the job of Tax consultant. Of if one can play brilliant tennis, one can easily achieve big wins as a tennis player. This assumption is naive and simplistic. Ability to do a part of task is just one 'small' requirement to achieve any result in life.


Earn the right reputation within the team


Rajneesh is a good programmer who has learnt programming from a degree in computer science in one of the best colleges. He focuses on producing the right program given to him. But a company requires a team to deliver a quality program to satisfy a customer.

An employee therefore is expected to earn reputation of four types: Being trustworthy or reliable, Gain credibility, be known as competent and be cooperative. In the corporate language, this is called becoming a good team member. Let us understand why. 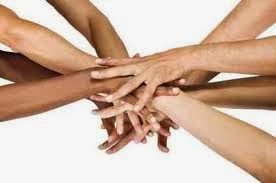 A programmer is not alone in delivering a good program to the client. His other team members have to be also good in producing results. His team members were Client coordinator, Business Analyst, other junior programmers in the team, Unit Testers who test individual modules and Final testing member. Rajneesh can deliver results when all the team members perform well enough. See these three examples of Rajneesh:
Why are these failures in earning right reputation critical in sustaining achievements in career? Your career success does not depend on achieving one result in your life, or delivering one project in time, or achieving sales target of one year. A football player knows this well. You need to consistently achieve in numerous assignments and projects before you are considered as successful.

When i asked Rajneesh about his reputation in the team, he was frank enough to say that he was labelled as a 'loner'. He also said openly that he did not tolerate sloppy work of others .and did not mince his words in berating his colleagues openly. He was good in programming, but he also used every opportunity to belittle other's contribution to the team achievement. Even after 3 years, he had no friends in his company. When i tried coaching Rajneesh in correcting some of the mistakes in the current project, i realised that he did not even possess the skills of correcting such mistakes.

In their careers, brilliant professionals often over-focus on their personal results like Rajneesh. They feel that their job is just 'technical'. However, in a job, you are working with 'people'. That is why job-system is socio-technical. And when any system has people, it includes multiple perspectives, views, priorities, and biases. And that is why, it is important to manage this 'social' system of corporate job. In my 7 years of coaching i have noticed that, absence of right reputation blocks a professional's career growth in a far more damaging manner than the absence of techncial inputs.


Rajneesh was partly lucky, because in IT company after one finishes a project, one works in a new team. However, after 3 years in the company, his reputation perhaps was preceding him, and he was increasingly finding it difficult to get 'attractive' projects. I also discovered that his desire to leave the current  job was also caused by this factor. Many professionals like Rajneesh , who are blind to people-outputs, do not even notice that they are failing in a war, although they are winning battles. They are like a frog in a hot water, who does not know that he may die soon because the temperature of boiling water is rising very slowly. (boiling water syndrome)

As you would have realised from the above case data, Rajneesh was not changing his job to achieve his goals or fulfill his aspirations. He was changing job because he was running away from his current 'job' that was becoming increasingly difficult for him to perform due to his 'bad' reputation within the team.

With no idea of what wrong is he doing in the current job, he is more than likely to make the same mistake in the new job. After 10-15 years, Rajneesh may perhaps meet me to complain that despite hard work, brilliance and ambition, he did not achieve enough in his profession. Do you see the way professionals unknowingly shoot in their foot?

Posted by Sanjiv Bhamre at 2:31 AM