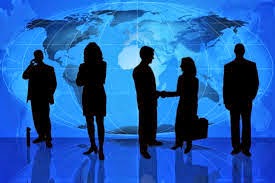 
If you have learnt systems thinking at a basic level, you will not make this elementary error. When i started coaching, i used to believe that this 'problem' of disregarding system state happens only when junior executives change their 'employers' ( not jobs). But later, i found even senior executives like Vikas suffer from this ignorance of systems state.

What is systems state of readiness ( also called as tipping point) ?


Imagine you are trying to learn swimming at the age of 30. You manage to fire yourself up, meet friends, and finally join a swimming class. Initial learning of swimming with inflatable tube is pleasant, say till Day 5. But as you move ahead, you start drowning.Water flows in your mouth and nose. You still continue to practice every day. And slowly you reach a level where you can 'float' on Day 30. You have reached a 'threshold level of skill', where you can be on your own. After this threshold, difficulties are easier to negotiate. Systems readiness has changed.


How can C-level executives use this 'tipping point' when they transition to their C-level role?

As C-level executive impacts the policies and methods in an organisation to a wider and deeper extent, he must wait until his reputation has changed in both the systems: One with his 'system owner' and second, with his functioning team.

Only after his alignment has reached the 'threshold', he can take the initiative to make a major impact in the organisation. Even though he may be perceived as competent, he has still not earned the 'trust' and 'credibility' of his boss. If he has changed many jobs before the current job, he may find it even more difficult to earn this 'trust. MBAs, for instance, find it tough to align because of this. On the one hand, they are seen with 'biased lenses' by their colleagues and on the other, they also act as 'star performers' who need no help.

Notice the 'tipping point' in the reputation within his close team

As we have seen in the earlier blog, a C-level executive must earn 4 distinct type of reputations within his team , if he wants to make a difference in an organisation

If a professional is being promoted to C-level in the same company, his reputation with system owner (who is part of metasystem) may be 'high'. But he has to earn the reputation in his new ' working team' to see that his ideas and policies get executed.

Generally, C-level executive feels that he has no need to earn the reputation of his working team, because he is the boss. But, being a boss, he can demand compliance, not commitment. Even though some 'changes' can be implemented with compliance, in today's knowledge-based organisations, such cases are few. I have observed many well-meaning changes being seriously compromised by the  employees which is uncovered much later after the damage is deep and wide.

In short, the C-level executive has to notice the tipping point when his reputation has changed for better.

Deal with problems of past


Because the changes made by C-level executive have wider and deeper impact, his execution of decisions is impacted by what has happened in the tenure of earlier C-level incumbent. If the track record of his company has been poor in not delivering the 'promises', then he may have to spend lots of time to overcome the huge resistance that is already present in the system. Further, if earlier incumbent has garnered 'ill reputation', he has to make additional efforts.

C-level executives face a tougher problem than junior executives when they are changing jobs. But at a system level, both face the same problem. Although he has the power to 'make policies' and take decisions that have wider impact, he is constrained by the system similar to that of a junior executive. He also has to take the same effort in satisfying system owner ( boss and metasystem) as well as earn the reputation within his team to help him implement his ideas and suggestions. Many C-level executives ignore this because they are 'system-blind'.